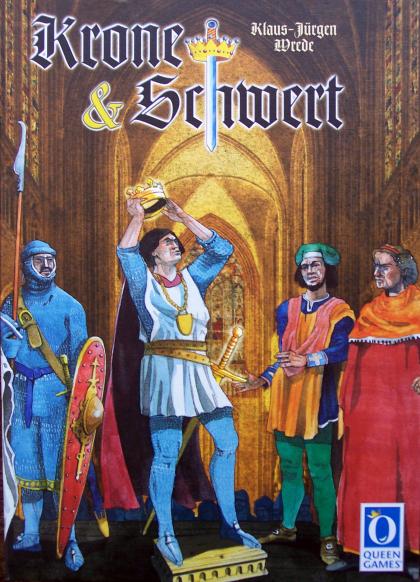 Krone & Schwert is a city building game with the following structure:

Build forts, cities and cathedrals and get a large piece of land to build it on. If you think you want to be king, start a revolution and hope you get as many players behind you to win the crown and the victory-points that go along with it. If the other players decide to stand behind the king you lose this attack and the victory - points are for the king and his helpers only.

This is a boardgame with cards for building and fighting. You have 3 action points to spend every turn. During the game there are cards with extra victory-points for every cathedral, city and fort you own.