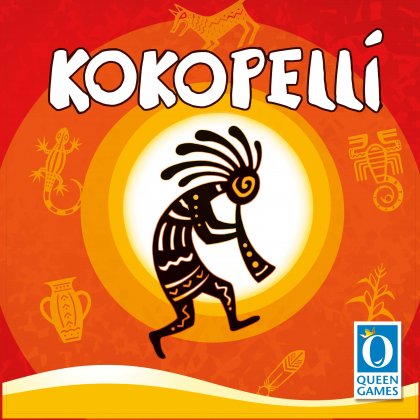 Each player receives a 36 card deck, constructed from 3 each of 12 different ceremony cards (there are 16 different ceremonies in the base game).&#10;&#10;Each player has a player board with spaces for four ceremonies. Their play area consists of the four spaces of their board, and the two nearest spaces on their left and right neighbors (for a total of 8 spaces). On a turn, they may draw a card, start a ceremony on personal player board, as long as there is not a ceremony of that type on in their play area; or play a card from their hand into any ceremony in their play area. Once started, a ceremony in your player grants a special ability until it is completed.&#10;&#10;Ceremonies are complete after the fourth card is played to it, with the player claiming a victory point tile, and putting out a game end token if none is available. When all of the game end tokens have been put out the game ends.&#10;&#10;-description from publisher&#10;&#10;