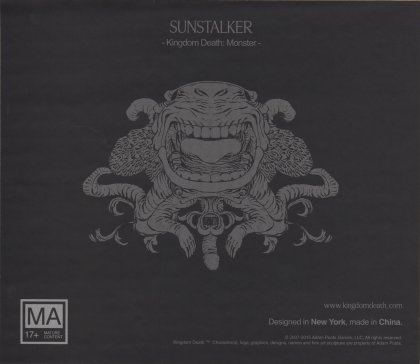 Once sky had no day. There was a Shadow that was sad, it could only play in small light of a lantern. The Shadow found a hole in the sky and decided to steal enough lanterns to fill it. It took many generations, and when it was done the shadow slept under its big light, dreaming dreams about how it would play. When it awoke, all of the light was gone! At the center of the hole in the sky, was a tiny shinning entity, with a great big mouth. The shadow named the tiny thing the sun and they played forever.&#10;&#10;A showdown with the Sunstalker will test players ability to position their survivors and make coordinated attacks. Making use of their own shadows to turn the tides of the battle. Its rewards grant new long range options and an evasive burst damage armor set, that is low on actual armor levels.&#10;&#10;