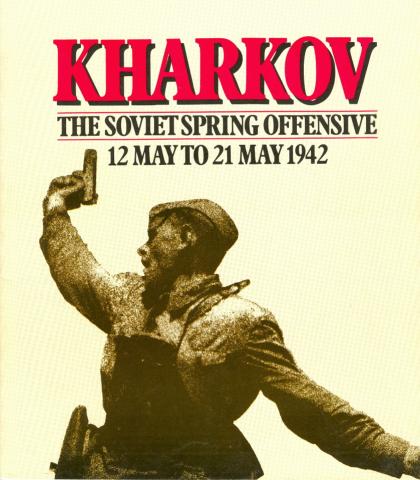 Kharkov: The Soviet Spring Offensive 12 May to 21 May 1942, is a brigade/Division level simulation of the Spring 1942 Soviet strategic offensive.

Uses the Panzergruppe Guderian system. Situation on the Soviet counter-offensive in Summer 1942. Makes use of untried Soviet units - neither player knows their strength until they enter combat for the first time. Unlike PGG, there are no '0' strength units.