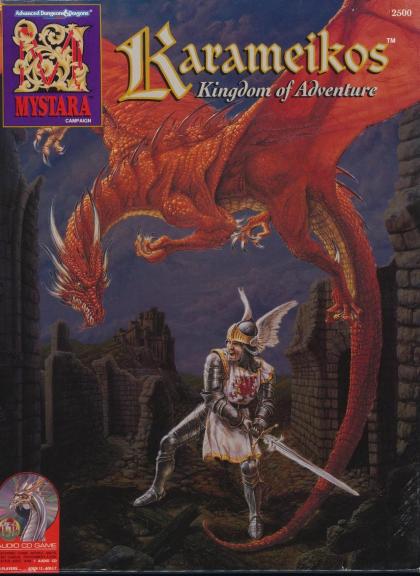 Much of the information in the background is present in GAZ1: The Grand Duchy of Karameikos, but with the time line advanced to encompass events that occurred in Wrath of the Immortals.

Karameikos is a small, young kingdom in an old land. Still very much a frontier nation carved from the ancient wilderness that hide the remains of ancient civilizations, there is no shortage of excitement for the intrepid adventurer.

Though ostensibly written for the Advanced Dungeons & Dragons 2nd edition rules set, much of the content is rules-independent, and the setting can be easily adapted to other systems.