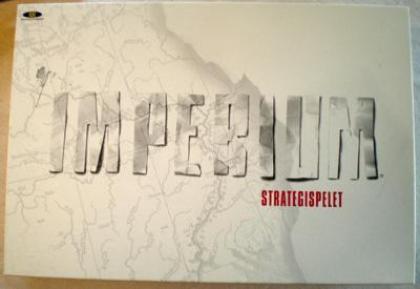 A Swedish strategy game in which players represent major European powers in a pseudo-WWII scenario. The theater of war is Europe and North Africa, and the units are all land-based - Infantry and Armour.

Air and Naval units are provided for with the use of cards, which also allow the use of special strategy and tactics (paratroopers, anti-aircraft fire, fortifications, amphibious invasion), and politics (industrial reserves, propaganda).