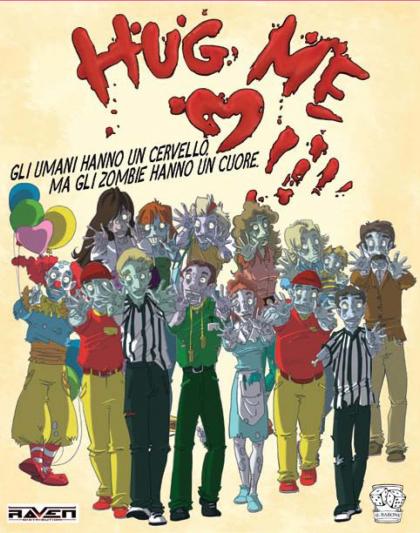 HUMANS HAVE A BRAIN, BUT ZOMBIES HAVE A HEART…

Night falls over the bleak Evans City Mall.
The dead are awaken and some lucky survivors trapped in the big building have to defend themselves from the Zombie Horde and find a way out.
The only chance is Old Pop’s Minivan. Too bad it can carry just one person.
To make things worse, there’s no fuel in the Minivan and the Keys are lost somewhere in one of the Shops. It will take both brawns and brains… It’s time to make some heads rolling, betray all the others and run away to safety!

Night falls over the happy looking Evans City Mall.
Just a few Humans are left roaming all sad and alone with nobody caring for them. No one willing to hug them, no one that loves them. They all roam around that old Minivan, that’s weird. And much too weird, they run away or try to hit us with heavy things instead of joining us in a big hug. They are confused by fear and loneliness, but the Horde will never stop loving! It will take some effort and a big heart but we will finally hug and cuddle them all to be happy ever after! Love will finally win over everything else!

Aim of the Game
Players in Hug Me all starts as humans. But life is hard in Evans City and during the game they can become Infected and later on Zombies.
If you are Human, you must escape the City Mall. To do so you must find the Fuel Tank first, then the Key (or the Spare Key) and take them to the Minivan.
If you are Infected, you must blow up the City Mall so that the Horde cannot spread outside. To do so you must find the Fuel Tank first than the Lighter and take them to the Boiler Room. If you are a Zombie you must hug all humans so that love wins over everything! Zombies win all together when there are no more humans in the game.
Zombie players must really hug Human players to validate the Hug, otherwise the contamination is void!

Day: According to turn Humans can move and take an action (or vice versa). They can choose one of these Actions: Stealing (Challenge another player to take an Item from him/her), Barricading (Block a Room so that for the rest of the Day and the next night nobody can move to or from that Room also getting a bonus to Zombie Assaults) Searching (Draw an Item from the Deck in the Room where your Character is).

Night: All Room Cards chosen by Zombie Players are revealed. If there are Humans in those Rooms, Humans face the Assault. If any Human survives, they draw one Zombie Card each and face the normal Assault for that turn.

If Humans lose an Assault, they try to Escape and if they fail they are Infected and from now on they roll the Zombie Die each turn. If they fail the roll, they become Zombies.

If an Infected becomes a Zombie, he/she removes his/her Keyholder from the game and starts playing as a Zombie from the next Dawn phase placing his/her Zombie Character and a Zombie Card secretly in one or more Rooms.

Voti e commenti per Hug Me