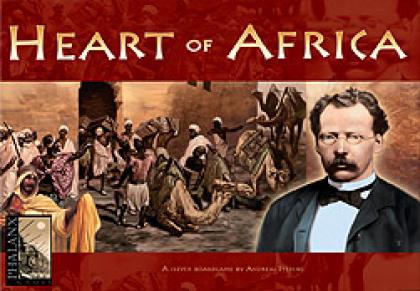 From the Mayfair Catalog:

Heart of Africa is a meaty trading game where the players each lead a trading company which tries to make profits in Africa.

Although Africa had been circumnavigated by the start of the 19th century, the continent remained largely undiscovered. One of the great mysteries was the source of the Nile, and explorers like Burton, Speke, Baker and Livingstone became immortal in their attempts to find it.