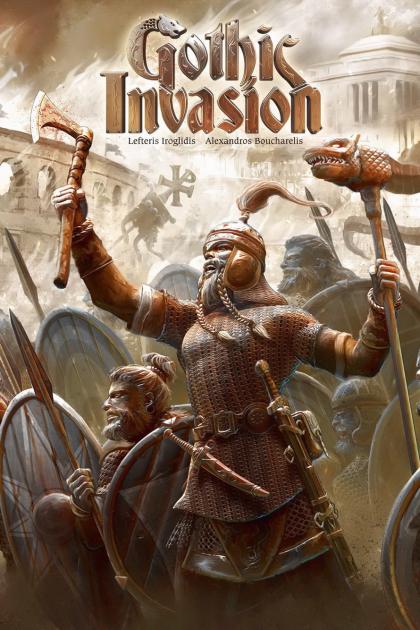 Gothic Invasion is a card-driven wargame depicting the Gothic Wars from 377 to 382 A.D. Each player takes the roles of the Goth leaders (Fritigern, Alatheus and Saphrax) and the Roman leaders (Valens, Theodosius I, Gratian and Flavius Richomeres). The Goth player's objective is to plunder nine cities of the East Roman empire between 377-382 A.D., while the Roman player must defend the imperial cities and slow them down as best as he can until the spring of 382 A.D.

Gothic Invasion is a "cat and mouse" tactical defensive game from the Roman point of view while from the Gothic side it's a "race against time" aggressive war.