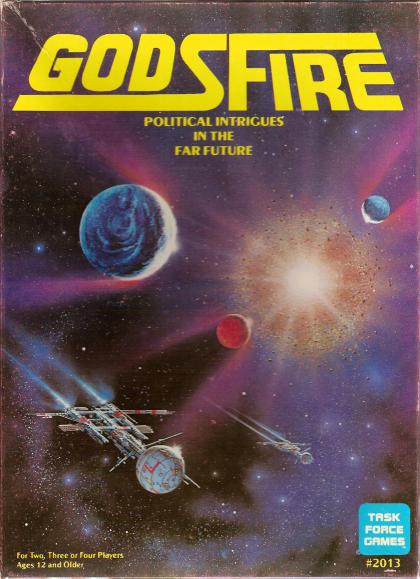 Published by Metagaming in two versions, the first in a ziplock bag and the second in a box. Later re-published by Task Force Games.

Has counters for up to 8 players in the Metagaming version (the TFG version has counters for 4, but more were available as an expansion). The rules accommodate up to 15 players.