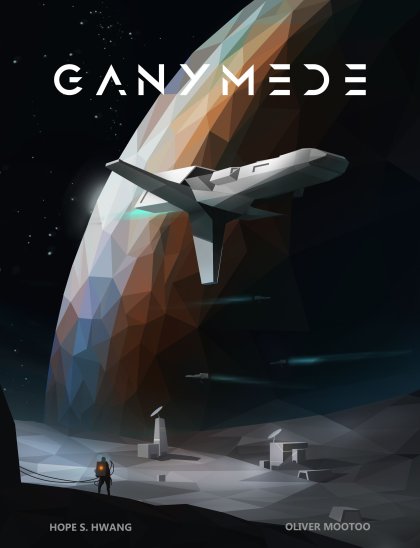 Ganymede is a development and tableau-building game in which players are corporations specialized in sending settlers to colonize the universe. To do so, you will recruit settlers on Earth, use shuttles to transport them to Mars, then to Ganymede where the settlers' ships launch base is located.&#10;&#10;The game ends when a player has launched four settlers' ships into space. Players score VP from their launched ships and from their reputation track.&#10;&#10;