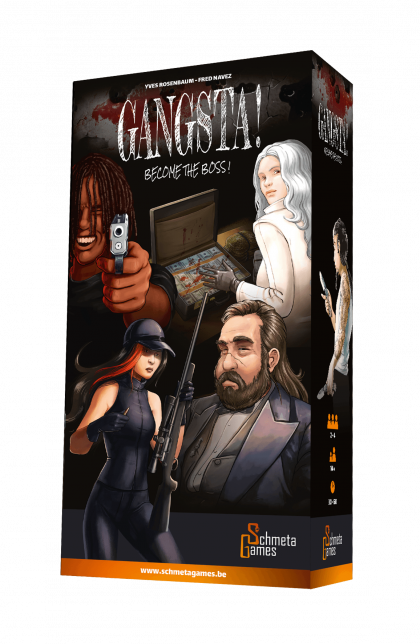 Players embody a Boss determined to expand his/her influence at the expense of his/her rival factions. Players will be required to recruit gangsters in order to perform the most profitable heists available. Players will perform one of the following actions during his/her turn : recruit a new gangster (and pay its recruiting cost), perform one of the available heist (and obtain its rewards) or pass his/her turn (and collect a small amount of money).&#10;&#10;Gangsta! is divided in three different chapters. From the beginning of chapter II, players will also have the opportunity to cooperate when performing specified heists (and consequently share the rewards).&#10;&#10;At the end of the game, the player with the most Influence Points wins.&#10;&#10;-description from designer&#10;&#10;