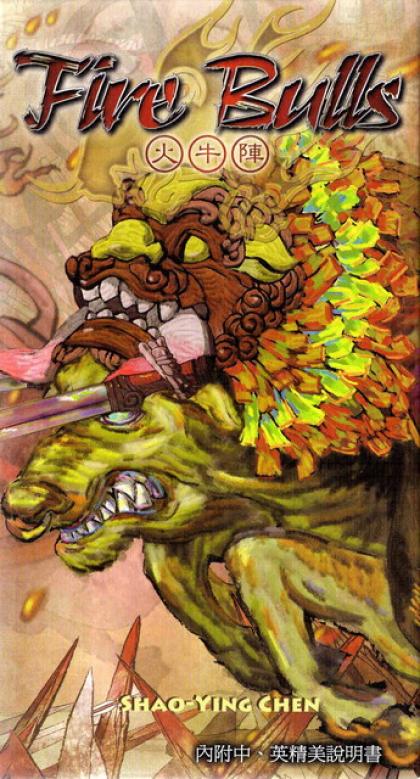 The epic battle of Fire Bulls echoed the greatest counterback of Qi from annihilation in 279 B.C. In the game "Fire Bulls", players participate in the return of Qi with fury Fire Bulls driving Yen away from the peaceful land of Qi. Fire bulls are clothed with cape in marks of phantom, color of spirit and masked with faces of furious tiger and deadly knives. Thousands, running, rampaging with burning tail soaked in oil, fearless, driving violent but now horrified army of Yen, now running, scattering, crying, to the mean of end, the end of officious aggression. Yes, take them now and let it shall be the lesson from the ancient to the master of your hands.

The game components consists of Qi and Yen army cards, Qi army cards, most of them are Fire Bulls with various colors, forms the hands of each players. Yen army cards represents the victory points players needs to acquire to win the game and the benefit the player defeating this army card can earn. These army cards are represented as streams of retreating troops. Players take turns to either resupply Fire Bulls or attack the Yen army.

Now, the players will play the roles of Qi Generals and participate in this great war. Please the bulls you have to chase after and defeat the Yen army, and witness this glorious warfare in which the less conquers the more.