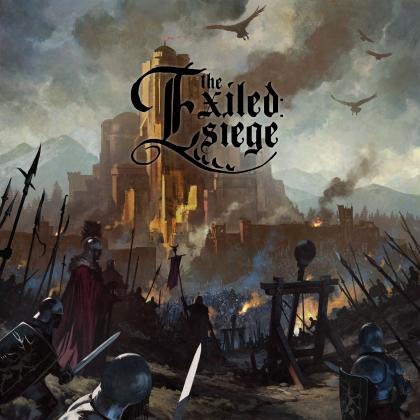 Expand your city and face unending waves of savage enemies or lead natives to victory over foreign invaders.&#10;&#10;In The Exiled: Siege, players become outlaws who have been given a chance to atone for their crimes. In order to prove their loyalty to the ruler, they have to colonize new lands in the name of the King. They start building their city with a few inexperienced fighters and shabby buildings. By expanding fortifications, buildings and siege engines as well as by training armies, they gradually strengthen their dwelling. Unfortunately, the new land is full of aggressive natives who are ready to use any means necessary to expel the colonists. Innumerable hordes of barbarians supported by horrifying monsters and brutal war machines are eager to flood the city walls and kill the defenders to cleanse their land of foreign influence.&#10;&#10;The goal of the Defenders is to survive all waves of enemy attacks and gain the King's forgiveness. The goal of the Attacker is to conquer the city and chase the colonists away from his homeland.&#10;&#10;The game can be played in two different modes: In the first mode one of the players becomes the Attacker and the commander of the natives, while in the second mode all players become the Defenders.&#10;&#10;