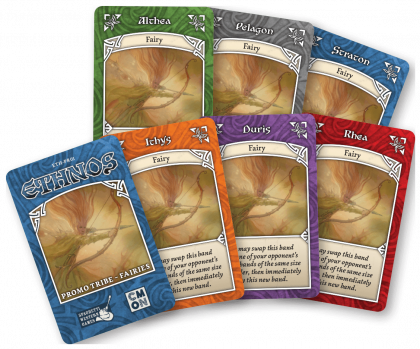 The Ethnos: Promo Tribe - Fairies Pack adds a new race to the base game of Ethnos by designer Paolo Mori and artist John Howe.&#10;&#10;Adding this promo pack to your base game allows you to create a Band of Allies with a Fairy Leader. When played, you may choose to swap it with a Band of the same size (or smaller) that one of your opponents played previously.&#10;&#10;