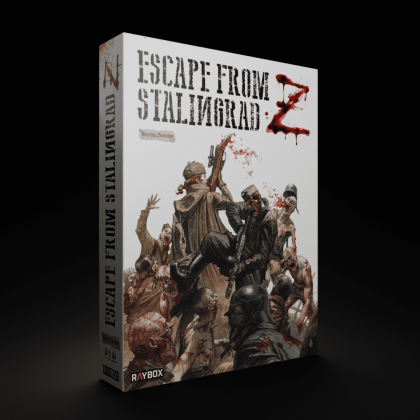 Escape from Stalingrad Z is a solo/coop campaign game of tactical combat which is set in the horrific zombie plague of World War Two. The year is 1942 and the city is Stalingrad. Your survivors are veteran soldiers fighting to stave off the zombie hordes in a war-torn wasteland while finding a way to escape from the decimated city. They must work together to find the best path, each scenario giving them options on which way to go next. The player's choices determine the fate of their heroes.&#10;&#10;The game plays out over a series of linked scenarios that form a campaign. Each previous scenario in the Campaign will affect the start of the next, creating an ongoing story.&#10;&#10;