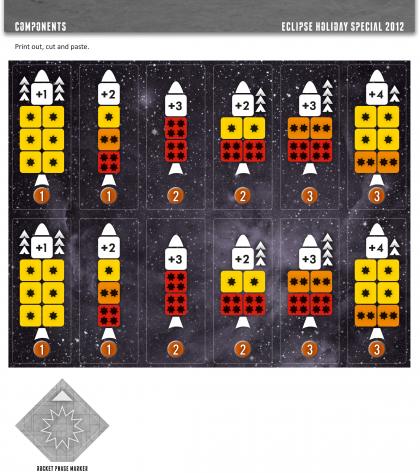 The Anniversary of the founding of the Galactic Council and the related Adjusting of the Galactic Date is commonly celebrated throughout the Galaxy. While the specific traditions vary between the species, it is a widespread practice to fire rare explosive devices into the night sky and admire their colors and sounds. Occasionally these devices may have other, more sinister uses...

Eclipse: Rockets of Celebration is a print and play expansion. It adds powerful single-use Missiles that can be purchased at a certain stage of the game and used in combat.