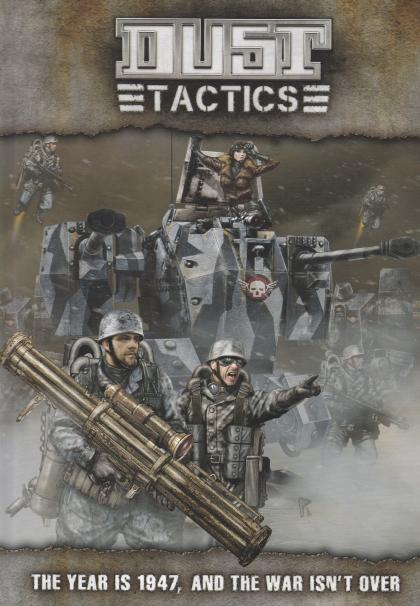 Another Earth. A different 1947. The Second World War has raged for nearly a decade and its grip has spread to every continent on the planet. War has advanced swiftly and strangely in the Dust universe through the application of Alien VK technology — a limitless source of energy in its simplest form, and an unthinkable weapon in the wrong hands. Out of the mind of Paolo Parente comes the world of Dust, a world where tanks have evolved into powerful combat walkers, where rocket troops take to the skies and the latest laser cannon, phasers, and Tesla weapons rule.

For the first time, Dust Tactics is available as a stand-alone rulebook!

The rulebook is a 112 page full-colour hardback book contains everything that you need to know to play Dust Tactics, with clearly illustrated rules examples, platoon organisations, special rules and missions.