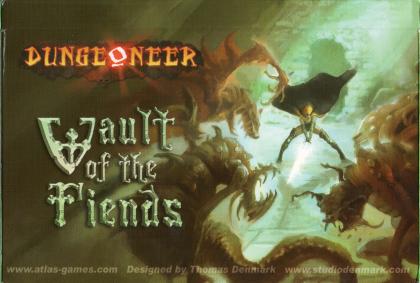 Dungeoneer: Vault of the Fiends

Dungeoneer: Vault of the Fiends is a non-collectable dungeon-crawl card game for 2-4 players.

Players play the part of one of six heroes. Each hero has variable melee, magic and speed scores, as well as a unique ability. Your second role in the game is as the malevolent “Dungeonlord”, trying to exterminate the other heroes.

You win the game when as a hero you complete 3 Quests such as destroying an evil laboratory or rescuing a princess. An alternate win goal is as the Dungeonlord if all the other heroes are defeated except yours.

Each turn you may:

Play monsters, traps and other bad events on opponents
Build a dungeon
Move around the dungeon with your hero (collect Glory and Peril resources)
Play abilities and treasures for yourself
Complete a Quest
Discard an unwanted card
Fill your hand to 5 cards

This game is similar to Wiz-War where you race in a dungeon to complete your objectives. This dungeon is created by the laying down of Map cards. You collect Glory and Peril as you move through the dungeon. Glory buys cards that help your hero such as abilities and treasures, but your opponent spends your Peril against you to play monsters, traps and other unpleasant stuff.

Combat is similar to Talisman. Roll a six-sided die and add the score you are combating with, either Melee or Magic, to beat your opponent’s roll.

The way the cards interact will be familiar to CCG players, in that you have “Permanents” and “Instants” that you can use strategically, or in combinations, but this game is not really a strategy game. Most of the fun comes from the theme, and surprising combination of events that occur. Dungeoneer is likely to appeal to those who enjoy a classic dungeon crawl and RPG like action.

Vault of the Fiends features a few new mechanics that should serve to enhance the game play which players of Tomb of the Lich Lord will be familiar with. Some monsters, and attack cards are “pumpable” that means you may spend extra Glory or Peril to boost the effectiveness of the card. Also conditions on the map change such as effects being deactivated when a certain Quest is completed or throwing a switch in a room to extend a bridge across the Fiery Chasm. One of the more unexpected new mechanics are “artifact” Quests, such as the Armor Golem’s Glove which makes your hero more powerful or the Sunken Treasure which makes your hero faster. These do not confer a level, but are rotated 180 degrees so you can read the bonus they provide.

Part of the Dungeoneer Series. 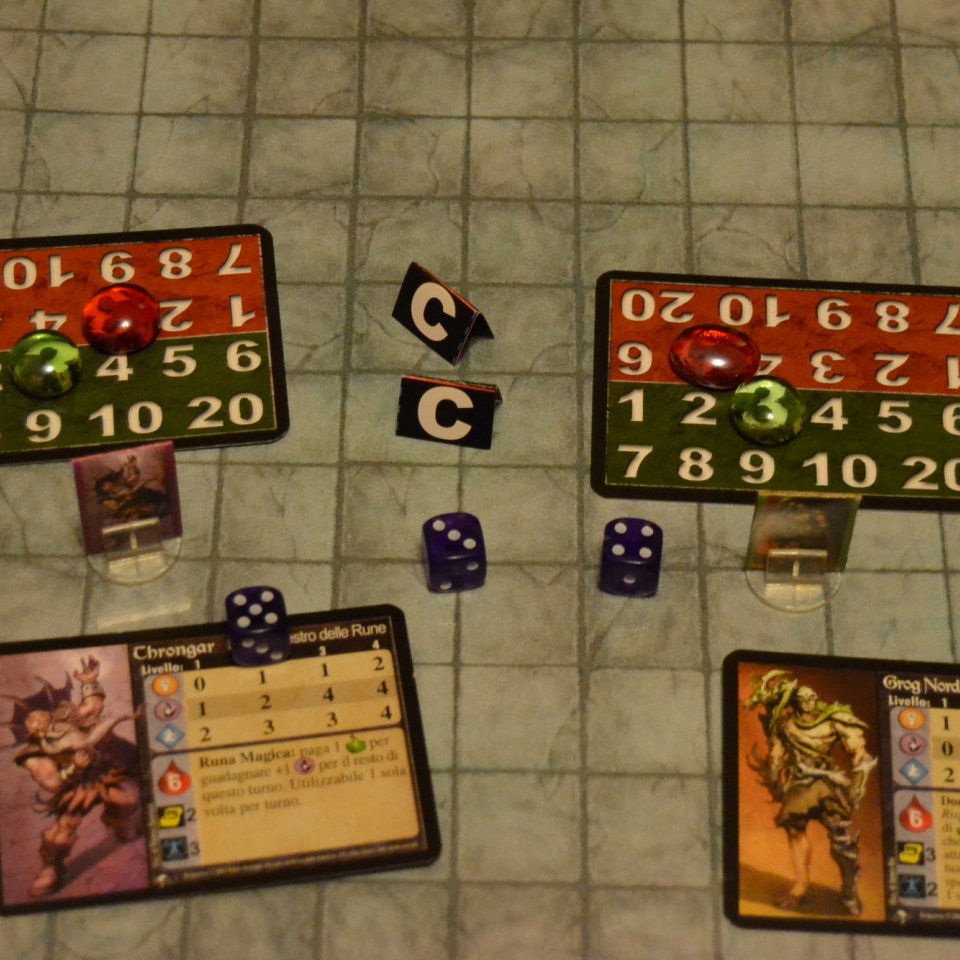 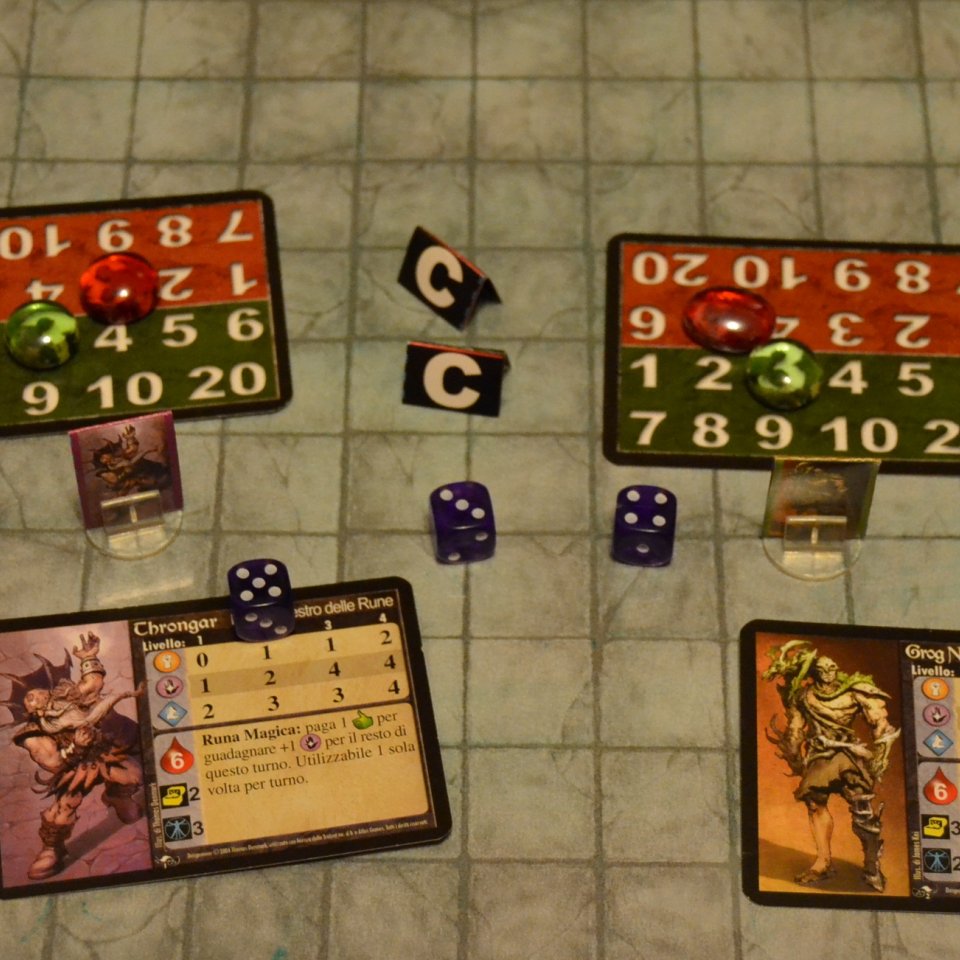 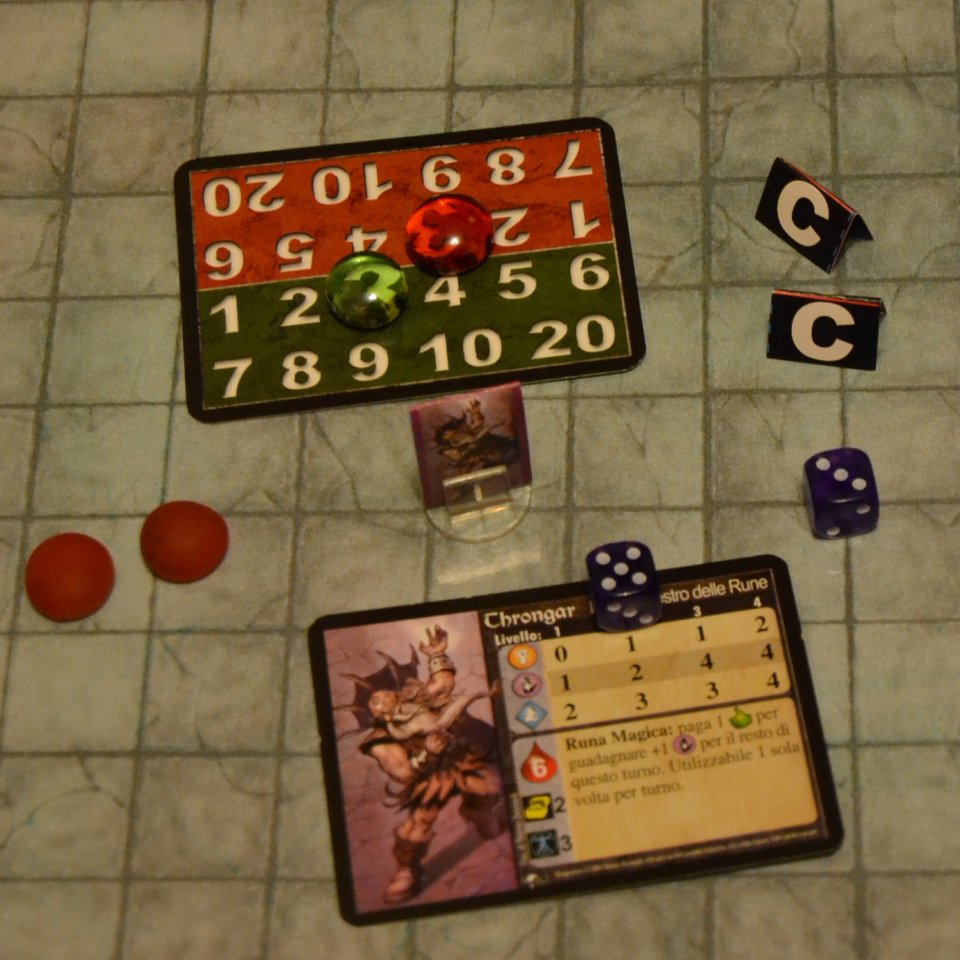 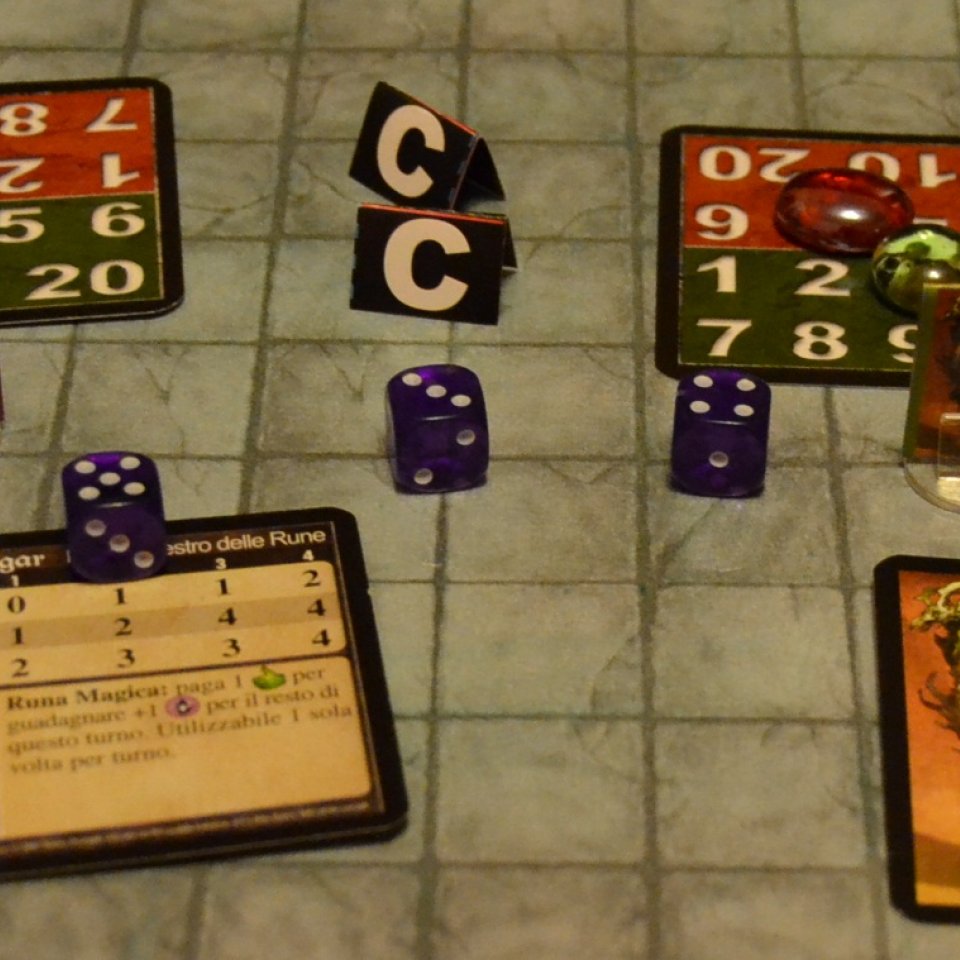 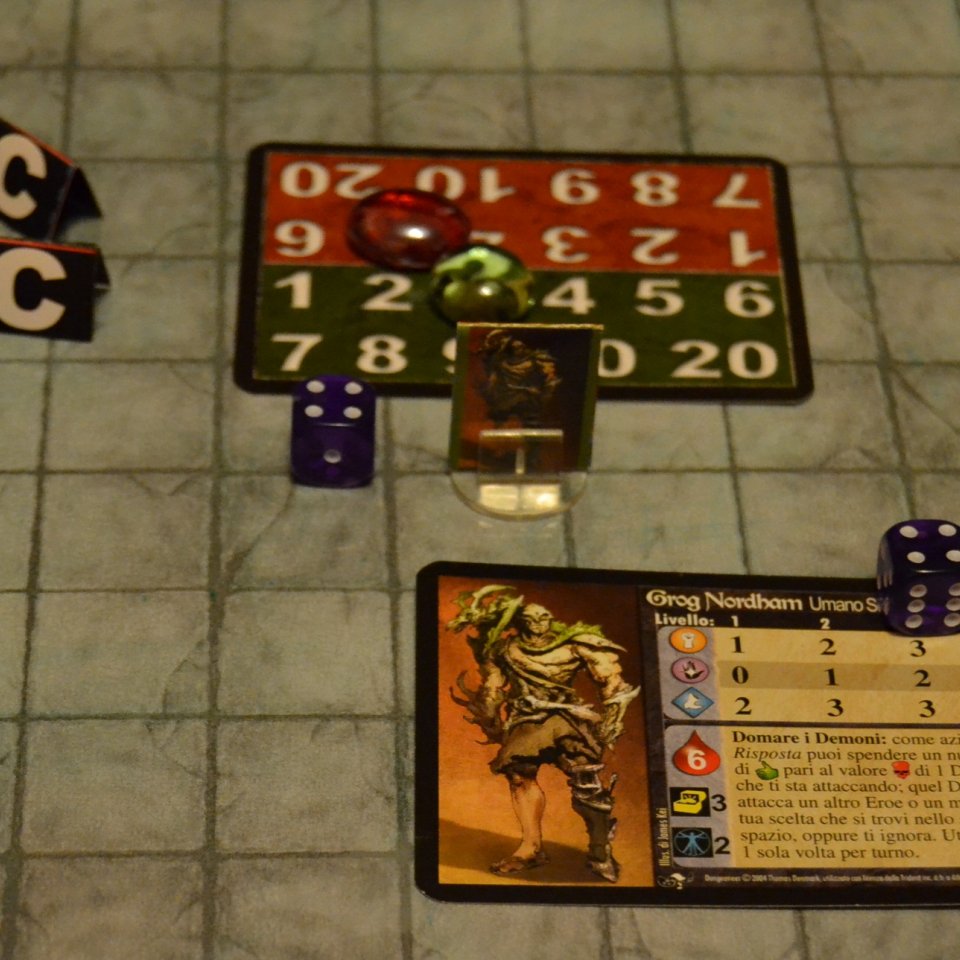 Voti e commenti per Dungeoneer: Vault of the Fiends