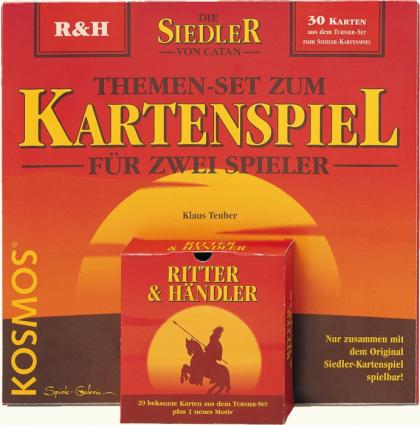 In March 1999 five expansions for the Catan Card Game were published. Ritter & Händler (Knights & Merchants) contains 29 cards from the 1997 Turnier-Set and one new card. Ideas from players around the world were included in the expansions.

Focus in this expansion is on conflict and trade fleets.