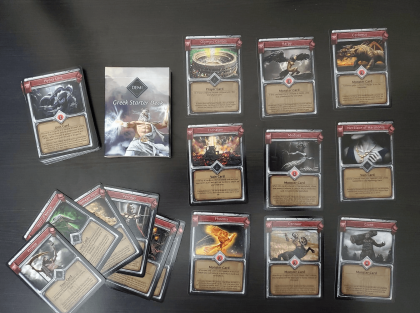 Demi is a Collectible Card Game based off Mythologies/Pantheons. Greek, Norse, and Egyptian which are the first three main Mythologies, with the eligibility to expand. We're hoping to release one major Mythology a year. These will be our version of Expansions.&#10;&#10;The goal for Demi is to reach 20 Million followers that is simplified in game as 20. You start off with 0, and as you defeat creatures, and attack your opponent directly you gain followers. The first person to 20 wins.&#10;&#10;