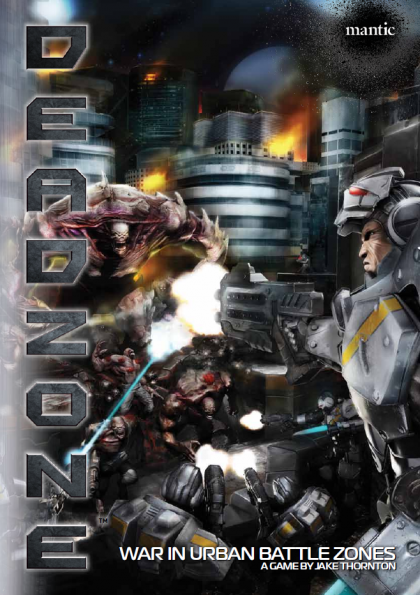 Deadzone is a dynamic tabletop miniatures skirmish game set in the distant sci-fi universe of Warpath in which two players take command of a crack team of upgradable elite troopers from one of four factions including powerful heroes, troopers, heavy weapons and specialists. You can even upgrade your troopers by collecting equipment and new weapons from the Battlefield, such as Machineguns, medipacks, grenades and more. But beware – you could be triggering a booby trap!

Featuring beautiful models from some of the most talented sculptors in the world, Deadzone marries the frantic action and fun of a tabletop game with the simplicity and elegance of a board game to create a truly innovative experience. With the Deadzone box, players take control of either the stalwart Enforcers or the horrific Plague, battling it out over scarce resources by combining deadly actions and an innovate Battle Card deck to lethal effect. Shoot to kill or claw your way through flesh as it doesn't matter how many should die in this urban landscape so long as players achieve their objectives.

All of this is set against a sci-fi backdrop brought to life using a grid-based gaming mat depicting the urban warzone that can be built up using Barricades and Buildings from the new modular Mantic Scenery Range, adding a vertical dimension to your games. No two games need ever be the same!