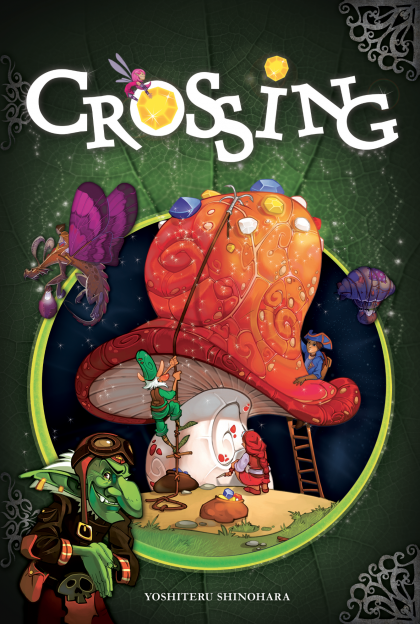 In Crossing, you have to collect gemstones, but players make their choices simultaneously and not everybody will get what they want when desires clash — and even if you are lucky during the initial confrontation, you aren't safe from the greediness of other players.

Through bluffing and cunning, you want to collect more gemstones than your opponents. To do this, you place a set of cards side by side on the table, with each card featuring a varying number of gems. When signaled, each player simultaneously places a finger on one of the cards. You collect the stones only if you are alone on the card!

The French version of Crossing includes rules for play with only three whereas the initial Japanese release of Xing included rules only for 4-6 players.