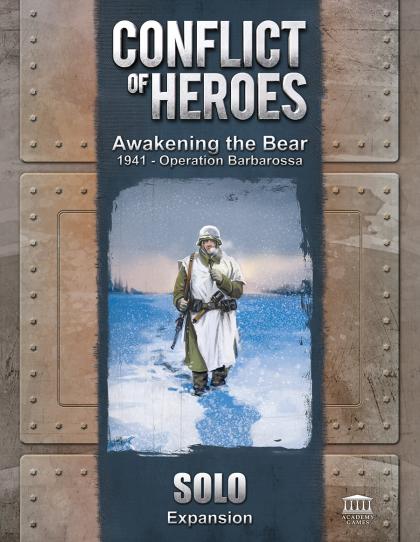 After more than three years of development, Conflict of Heroes: Eastern Front - Solo Expansion revolutionizes solo tactical play. Instead of AI units being individually programmed as in past games, AI units utilize a unique emergent behavior and agent-based logic. Each situation is evaluated and the AI implements the best course of action using available resources and unit assets. Even veteran CoH players will be challenged to hone and adapt their playing styles in order to overcome the AI!

In the Conflict of Heroes Solo System, players no longer track APs, but must make a Unit Spent Check after every action. The higher the cost in APs an action was, the higher the probability that the unit will be spent. Now a player must decide if he will augment his action with APs or increase his chance of keeping the unit fresh!

Note: With a bit of adapting, this expansion can be used with 1st Edition Conflict of Heroes.