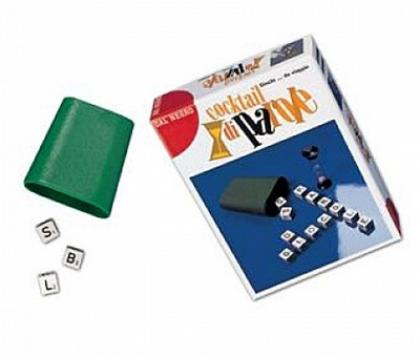 There are 13 dices to be thrown, letters are drawn on their faces instead of numbers, then the hourglass is put up. When it is exhausted, the players must read the longest (and obvioulsy meaningful) word they could had found with the letters shown in the upper dices' faces. Each letter has a point value, so they will sum up and score the points the word found is totally worth and go on with the roll launchs.
Players choose at the beginning how many throws the game is going to be long, after the last one the higher scorer is the winner.
There is a jolly side that can be used for any word, proper nouns and abbreviatons are not scored. Also, each unused letter will have the points worth subtracted from the score.