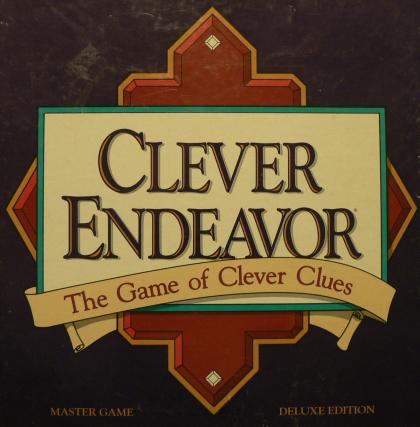 The objective of the game is to get from start to finish by solving the clues on the question cards. Each player moves along the track on one wedge (1/8 slice) of the board, towards the center.

One player takes a card and reads the category (Place / Events / Person / Thing / Side Track) and the clues one at a time, and other players try to guess the answer. The six clues on a card may be read in any order. The clue reader may give the hardest/most vague clue first.

The fewer clues you need, the farther you will move forward. Players move ahead seven minus the number of clues read before they gave the answer. If a player only needed one clue, they move six spaces. If they needed all six clues, they move one space. The player who solved the clue becomes the next clue reader. If no one solved the card, it passes to the left.

Players have two free guesses at the beginning of their score track, and one free guess once they enter the red zone. After that, they move back one space for each incorrect guess.

If a player lands on a space with a triangle, they draw a Venture card and follow the instructions. If they land on a red space with an arrow, they fall back to the space indicated.

The first player to reach the center of the board wins. It does not have to be by exact count.