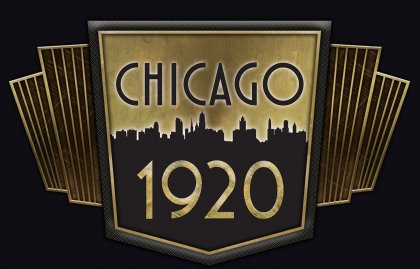 Chicago 1920 is an immersive game about the American prohibition era in Chicago where criminal gangs ruled they city and were competing to be the most powerful organization in town. &#10;&#10;Chicago 1920 is a medium weight euro-game with high interaction rate among players, low aleatory, and a variable phase turn.&#10;&#10;During a turn, players will take up to 6 different criminal actions with unique mechanics (allowing them to earn money, recruit men, do illicit smuggling, bribe politicians and more..) in order to increase their power and score points.&#10;&#10;Action sequence changes every turn because is player determined and shared step by step. In deciding what action to play, players will need to find their balance between how many actions and how efficient they are to be played.&#10;&#10;Victory paths are multiple, partially hidden and interconnected, you are often pushed to adapt your strategy with the game progress.&#10;Replayability rate and learning curve is remarkable and fun because very much player-dependant and with small aleatory variables.&#10;&#10;Game's end is not player determined but can be partially predicted by players. &#10;Representing well roaring twenties uncertainty, the game has a special mechanism that gives a small variability in game's end turn when most powerful criminal organization will be set as winner.&#10;&#10;-description from designer&#10;&#10;