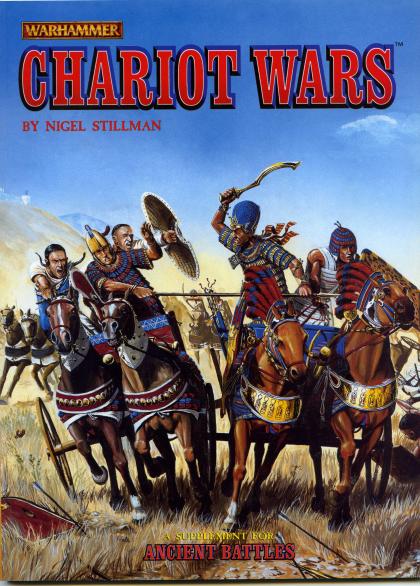 From the publisher:
Seven detailed lists cover the greatest empires of the ancient Middle East - 2500 BC to 500 BC: the age of chariot warfare.

Each list covers one of the following great empires and nations, including allies and opponents, historical background information, and descriptions of troop types:

Chariot Wars is also a source book of historical information for each army list, including detailed time lines of historical wars and campaigns which make use of controversial new research. There are also notes on tactics, painting, military organization, and color plates.