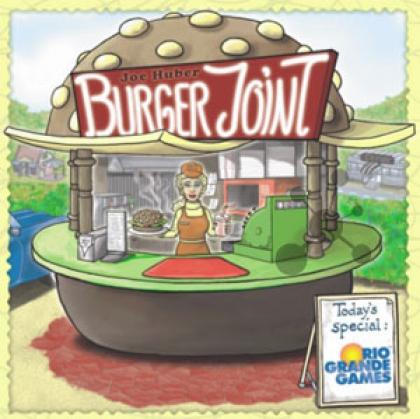 In this two-player game, each player runs a chain of fast-food joints: one specializes in burgers and the other in pizzas. As each expands, he takes on some of the menu items of the other in order to compete for customers. Later, each can open family restaurants and even high-class dining establishments. The most successful chain will win in the end!

Players alternate turns as the active player. Each turn consists of five actions.
1. Production. Where a player draws cubes from a bag (Here the cubes represent different resources.)
2. Players trade and use special abilities to convert cubes into more helpful combinations.
3. Spend their resources to build up their fast food empire (by improving their restaurants to diners or by increasing their publicity)
4. Calculating their current score – first player to 12 victory points wins.
5. Discard unused and excess goods in preparation to start the next round.