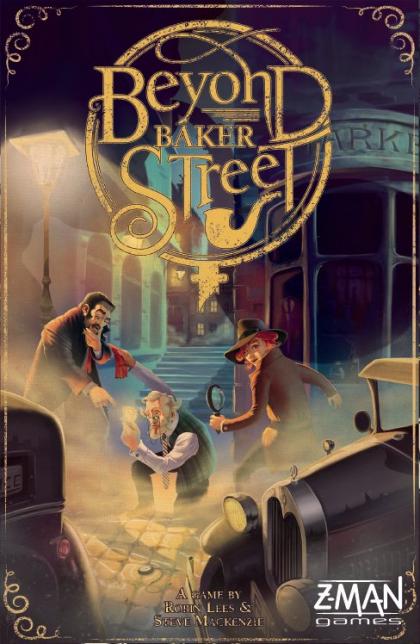 A heinous crime has been committed. A team of the Kingdom's finest detectives has been assembled and put on the case. They have a prime suspect, they have a motive, and they know what the opportunity to commit the crime was. Now all they have to do is prove it.

Using powers of deduction and communication, the players work as a team to eradicate dead leads and find clues to prove who, how, and why. All the relevant clues are available to them to do so. They just won't know it. On top of that, Sherlock Holmes himself is already on the case. Can they solve the crime before he does?

At the start of Beyond Baker Street, players select one of the crimes to solve, and a number of suspects, motives, and opportunities will be available for the players to convict of the crime. Each player holds a set of five clues, but they won't be able to see their own clues — only their counterparts. Each turn, a player may either:

Players win together if they can gather enough evidence to make a conviction before Holmes does, or they crumble under the stress of the case.