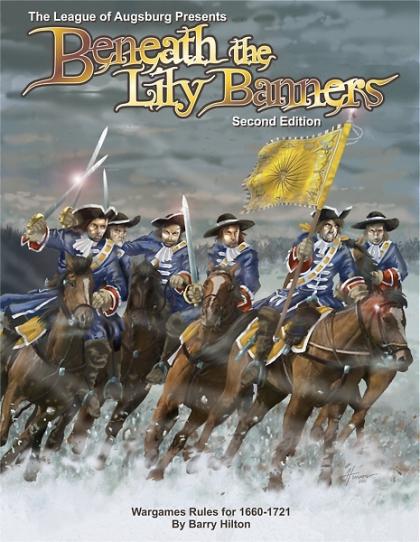 Beneath the Lily Banners

A tabletop wargaming rule system designed to give players a real flavour for the tactics and troops used in Europe during the period 1660-1721. The game play is simple and quick to master. The mechanics are based on simultaneous movement regulated by easy to understand orders. The game can be played in 28mm or 15mm scale. 6-8 units per side will give two or three hours of fun. The rules will easily accommodate 100 units per side for grand battle scenarios. The 2nd edition has many refined mechanisms for orders, shooting, close combat and morale. The book has an updated events section with 52 ‘playing card’ controlled game events to add challenges and entertainment to the game play. The rules contain supplementary chapters for gaming the Great Northern War, Eastern Wars against the Ottoman Empire and King William’s War in North America 1689-1690.