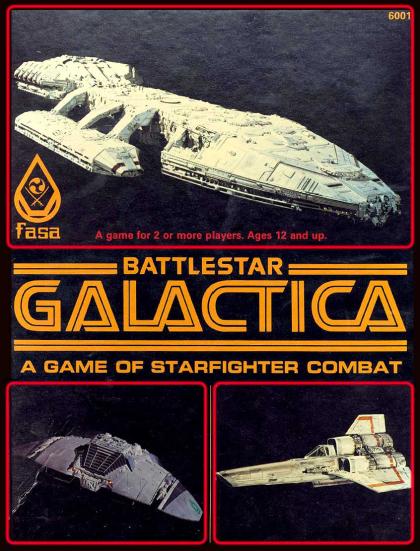 "Players can fly either Colonial Vipers or Cylon Raiders, using a simple system for simultaneous action. They plan their moves, and plot them on an easy-to-us plotting sheet, hoping to outmaneuver their opponents. Then they execute their moves, get the enemy in their sights and FIRE!"

A game of outer space ship-to-ship battles between the Colonial Vipers, Cylon Raiders, Battlestars, and Cylon base ships. Inspired by the TV series.