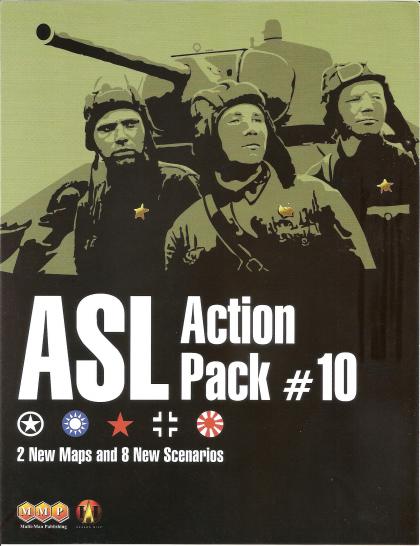 (from the back and user's description)

Action Pack #10 is not a complete product and assumes the buyer owns the core Advanced Squad Leader game system.