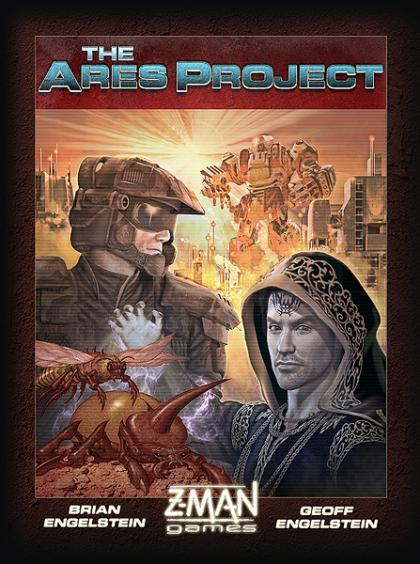 In The Ares Project, 2-4 players are competing to see which of their factions will lead mankind into the future. Each faction has its own deck of cards, buildings, upgrades, attacks, special powers, and a screen behind which a player will play cards. Your opponents do not know what you are building. When a player lays down an attack card, he chooses an opponent, the players drop their screens, and they battle for control of the Frontier, i.e. the center of the table. Whoever controls the Frontier scores points and also has the ability to attack player bases directly. Eliminate your opponent to win instantly, or have the most points when the game ends.