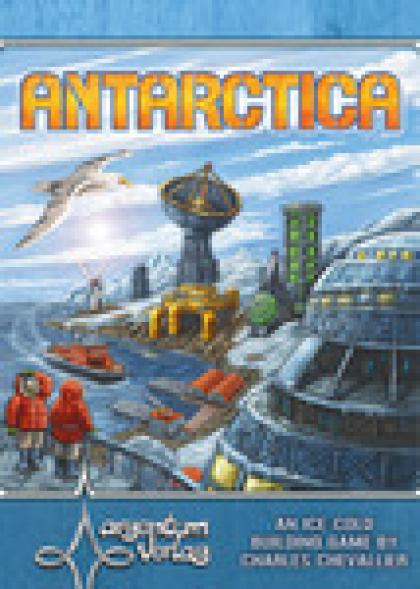 Descrizione tratta da Boardgamegeek:
In a distant time – so far in the future that either global warming or technical progress is so advanced that windmills are going swimmingly in the antarctic climate – the rising sea level and increased resource consumption has driven mankind to increase investment in polar research. The Scientific Committee on Antarctic Research sees an increasingly creative interpretation of the Antarctic Treaty System.

Your objective in Antarctica is to develop research centers in Antarctica and to mine resources – for research purposes only, of course. The sun orbits Antarctica counter-clockwise, and each ship it thaws moves on for scientific progress. At the end of the game, victory points for all kinds of majorities are granted. Will your consort be the one that gained a fortune ... er, has done most to rescue mankind?

Turn order is determined by the sun. Whenever it shines on one of your ships, you may erect buildings, recruit new scientists, build more ships, or do scientific research. The game ends when all buildings have been erected, or when one player has placed his last scientist.