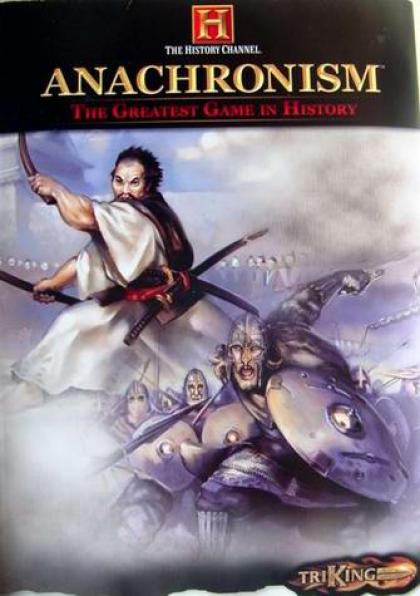 A non-random collectible combat game presented by The History Channel and TriKing Games, Anachronism allows you to take control of some of the greatest warriors in history and pit them against each other in a one-on-one battle to the death.

Decks can be added-to with various booster packs, each of which include a set selection of cards initially focusing on Greek, Japanese, Norse, and Roman heroes, with other periods of history, including the eras of Genghis Khan and Richard the Lionheart,now in the mix. And of course, historical accuracy within the cards is sure to be high, as the game does bear the seal of approval from The History Channel.

Variant formats exist for more than 2 players, and some cards in the game are geared toward multi-player games.