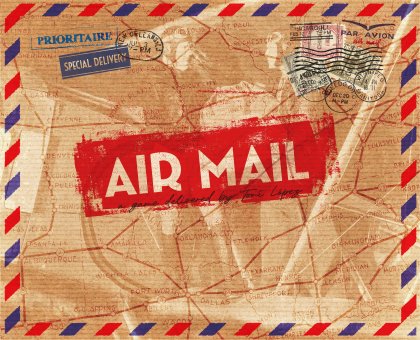 1925, the US Congress passes the new &quot;Air Mail Act&quot; also known as the &quot;Kelly Act. The Postmaster General will now contract commercial airline companies to carry mail.&#10;&#10;Step into the shoes of an aviation tycoon and manage one of these companies competing for the contracts to establish and operate the first airmail service.&#10;&#10;Grab the incentives offered by the government by plotting the most efficient routes and developing the technology that will allow you to build the most autonomous and reliable models.&#10;&#10;Whoever can make the most profit for their company will win.&#10;&#10;Get ready for Airmail to take off!&#10;&#10;The aim of Airmail is to make the most profit for your company. There are three main ways to earn revenue:&#10;&#10;Transporting packages between the different divisions of the country. The maximum distance you can send a delivery is determined by your level of technology, which you can improve during the game. Obviously, the greater the distance between the package&rsquo;s origin and its destination, the greater the profit.&#10;&#10;Comply with the decrees of the Postal Service. Throughout the game they will be activated as common objectives for all players.&#10;&#10;Express Deliveries. At the end of the game, you will gain the benefits of the express deliveries that you have and successfully carry out.&#10; To achieve all of the above, you will have to plot and extend your own routes by connecting the different divisions, playing concession cards and asking for government subsidies.&#10;&#10;&mdash;description from the publisher&#10;&#10;