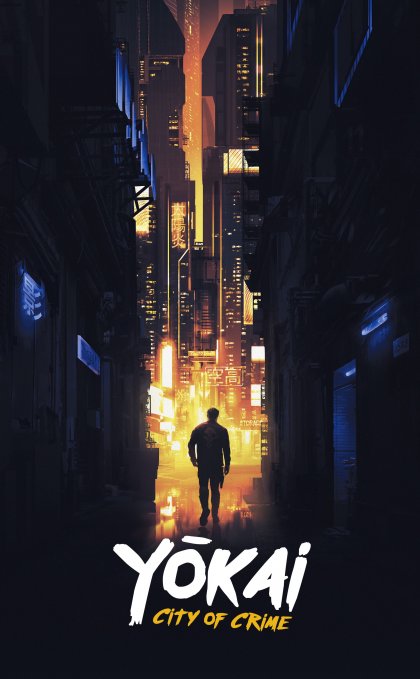 2089. Twelve years after the biggest technological advance in the whole of history, it was supposed to be a bright new era of prosperity&hellip; but that didn&rsquo;t happen. The world is broken. The quantum leap forwards opened a gaping chasm between the rich and poor, and no one can feel safe anymore. People live in fear of tomorrow&hellip; and I am the one who wants to bring about what they fear.&#10;&#10;Welcome to Y&#197;&#141;kai.&#10;The ever-shifting sprawl of vice and corruption. &#10;Your goal is to become the most powerful villain in the City of Crime.&#10;&#10;In the game Y&#197;&#141;kai: City of Crime, players take on the roles of powerful gangsters. Every round each player secretly chooses 2 actions which are executed in order of players&rsquo; reputation, so that those in the lead have the disadvantage of having to act before they know the full extent of their enemies&rsquo; plans.&#10;&#10;During their turns, players can move through the different city districts, making use of location-specific abilities or simply causing mayhem; tipping off the police about their opponents&rsquo; activities or playing intrigue cards which leverage their underworld connections to thwart their rivals&rsquo; plans.&#10;&#10;Each round, after the players have completed their actions, the police will raid the district with the most crime and tip-offs in an attempt to round up those responsible. Going to prison will slow down your ascent to the top, but it can help you make some useful connections. At the end of each round, the players who managed to evade the long arm of the law score reputation points based on the level of crime in their districts.&#10;Y&#197;&#141;kai: City of Crime is a simple, dynamic game (it takes only 30-45 minutes to play, even with five players) with a large dose of negative interaction. The simplicity of the rules combined with a multitude of choices, not to mention the beautiful artwork, make this a game that will be returning to your table often.&#10;&#10;&mdash;description from the publisher&#10;&#10;