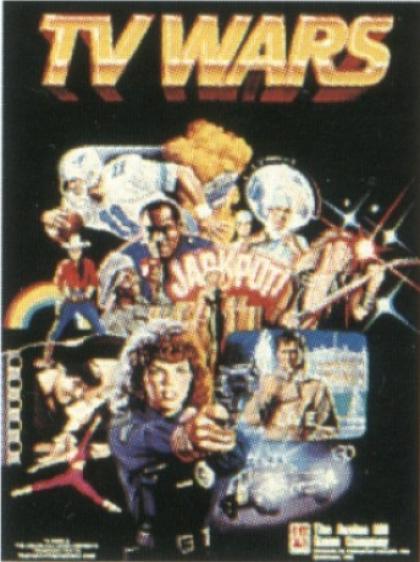 TV Wars is a game of television network battles for ratings. Each player plays one of four semi-fictional TV networks, and the goal is to end up with the most money when the game ends (which is either when only one network is left on the air, or when certain tiles run out).
Players move pawns around a standard square-track board, with spaces that trigger various events -- drawing an event card, auctioning off a new TV show or star or academy award movie, or triggering a ratings war.
During a ratings war, players lay out the tiles representing their prime-time line-up of shows and movies, along with bonuses for stars and reviews. Shows with the lowest ratings in their time slot are cancelled, and when a network has no shows left, it goes off the air and the player is out of the game.