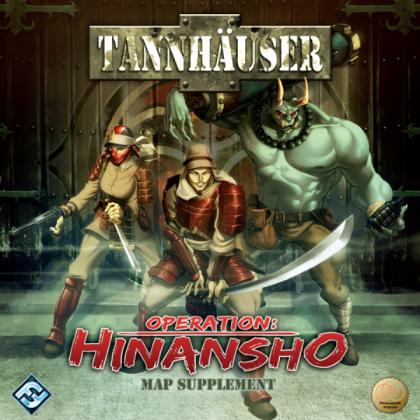 From the remote Kitamon research base in northern Japan, the shadowy forces of the Shōgunate continue their mysterious research...

Operation: Hinansho is a map supplement for the Tannhäuser board game, introducing new maps, new rules, and a new campaign of exploration, secrets, and espionage. In Operation: Hinansho, players can explore and engage their foes on two exciting maps: the Kitamon Research Base and the Okinawa Crash Site. In addition to the never-before-seen maps, new scenarios and tokens are included to bring more options to existing Tannhäuser campaigns. Operation: Hinansho also includes rules for new circle types and additional equipment. Now, your troops can lock doors behind them, shoot from hidden locations, and even detonate large portions of the map!