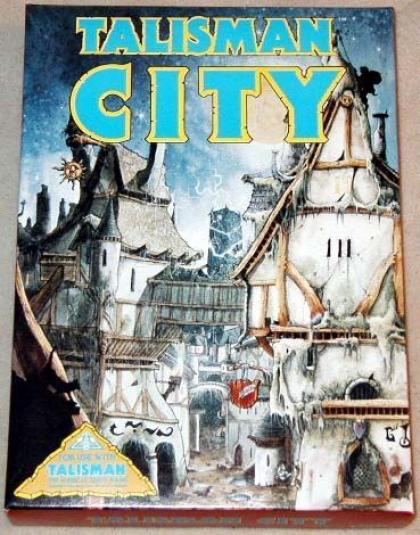 This fifth expansion set for the Talisman fantasy board game includes dozens of extra Encounter cards, Spells, Objects, 6 new Characters, and an additional board of the streets, shops and other buildings in the Talisman City. Characters can visit places like the Magic Shoppe or the Armoury, and may even be put in jail. Characters can also pursue a new career such as Master Mage or King's Champion, earning enough money to buy special equipment or a boat passage across the river - taking them a step closer to the Crown of Command and ultimate victory.