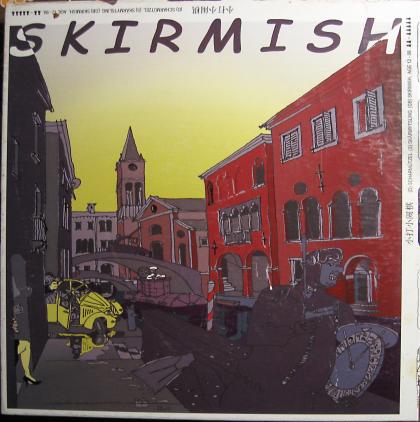 A game where every player control two gangsters each and try to get the lotto-winnings that are inside the bank in the middle of board. The gangsters may use cars, guns and sub-marines in doing so. Designed in 1973 but not published until 2004.

In an amusing and sarcastic way Skirmish is a board game that is a monstrous battle between gangsters and mobsters for the State Lottery´s big wheel of fortune. The wheel is situated in the beginning at the State Lottery's Safe. And its huge winnings are what all the rogues are out after in this game.

An old town map is the basis for the game and advancement is by way of tram, tube train, cars, submarines, footpaths and streets - all this lays the infrastructure of the game. There is also an action card system, which dependent on age of the players (gangsters) and their imagination can bring out the most ridiculous and humorous scenarios.