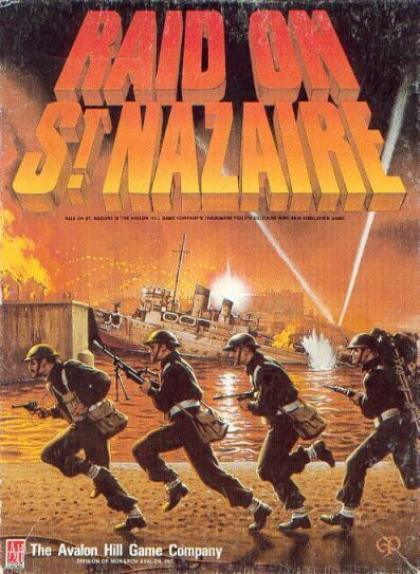 This solitaire wargame simulates the March 28, 1942, British raid on the Nazi-occupied French port of St. Nazaire.

In the first part of the game, the player moves the British boats and destroyer HMS Campbeltown (camouflaged as a German ship) to their landing areas, while determining the results of the many shots from the harbor defense guns. Upon landing, the remaining force tries to reach targets (sub pens, caissons, docked ships, supply tanks, etc.) and destroy them.

The German guards are handled by the game system and arrive via random draw and placement and move by most direct route to the nearest British commando. As the game progresses, the German units get tougher and better organized.

The game ends when either all British units are killed or escape and they score for the targets destroyed.