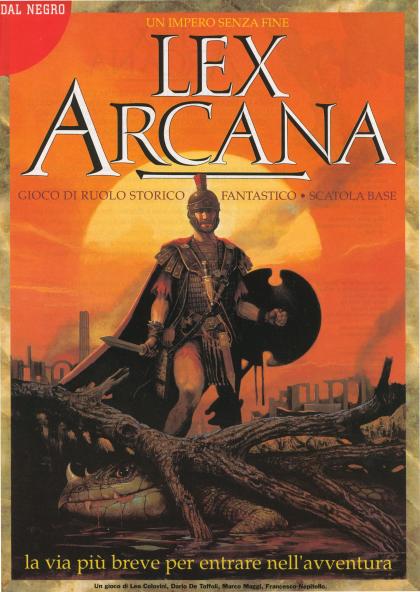 It's the year 1229 AUC (Ab Urbe Condita, Since the City was Founded). The Roman Empire is far from being in crisis, but it is still besieged by barbarians all around the limes (the border). Furthermore, magic does exist and pervades both the Roman Empire and its neighbours, becoming in itself a weapon of diplomacy and war. Mythical creatures live in the woods and mountains and the sea travel is endangered by storms and monsters.

In this scenario, the Emperor Theodomire decides to create the Cohors Arcana, a special cohort dedicated to paranormal investigations both in and around the Empire. Players may choose one of the several Cursus (i.e. career) ranging from the Diplomat to the Warrior, the Scout, or the Mage. Magic is a ritualistic force, not the "cast and forget" of some high fantasy settings, and mainly of a divinatory nature. The adventures are mainly investigative, but combat is always behind the corner.

Three volumes in a boxed set.