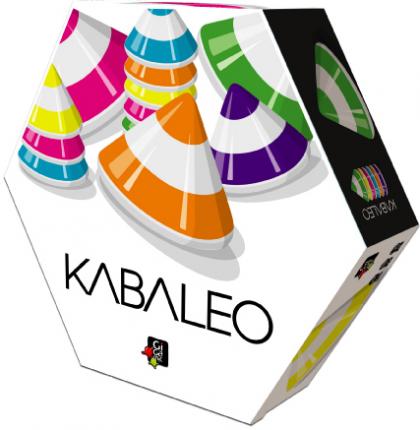 In Kabaleo each player has a secret color of pyramids – but with six colors in the game, at least two colors won't be owned by any player. On a turn, a player places a pyramid on the board, either alone or on top of another pyramid. Whatever color of pyramid is on top determines the color of the stack. If two pieces of the same color are on top of a pyramid, those pieces are removed from the game, changing the pyramid to the color underneath.

The game ends once all the pieces have been played, and the player whose color tops more pyramids than any other color wins the game.