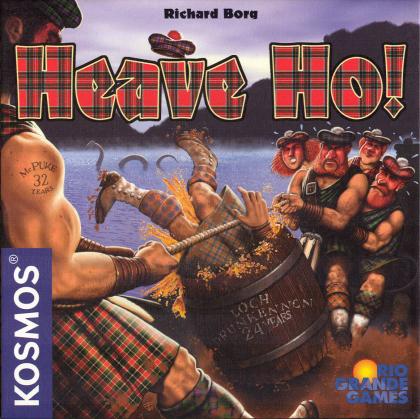 Two Scottish players participate in a classic tug-of-war, joined on occasion by Nessie. Players first scramble to build their decks in real time. After the decks have been built, card play goes back and forth until someone pulls the whisky barrel across their line and claims it. First one to win three whisky barrels wins the game.

Heave Ho! is part of the Kosmos two-player series.