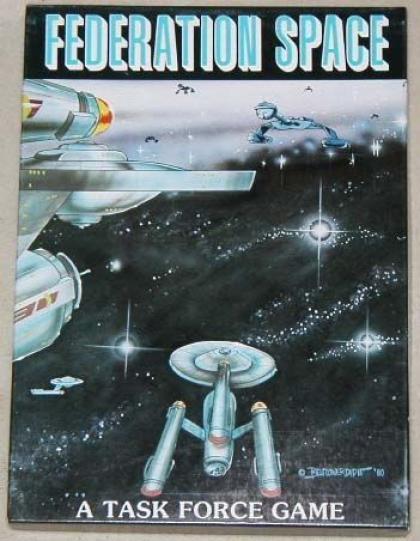 Federation Space is a strategic-level science-fiction combat game set in the Star Trek universe from the original TV series. Players control an entire fleet of starships for one of eight different races of the Star Fleet universe in an attempt to destroy the fleets of their opponents. In addition to a general melee or "free for all", 26 different scenarios are provided that cover everything from a Klingon rebellion to the death of the Federation.

Tactical combat can be resolved using the simple system included or the more detailed Star Fleet Battles rules, if desired. This gives players the ability quickly resolve those conflicts that are unimportant or heavily weighted towards one side, and use the detailed Star Fleet Battles rules for engagements that are pivotal or very closely matched.