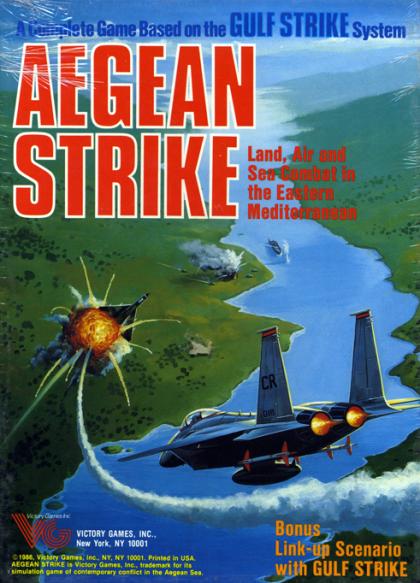 Aegean Strike presents a comprehensive and realistic picture of the interplay between ground, air, and naval forces in modern warfare. The highly interactive sequence of play allows players to act and react to the changing battle situation. The integration of combat arms occurs on both the operational and strategic level. Scenarios include a Libyan - Egyptian War, Turkish Missile Crisis, Greco-Turkish War, and, of course, WWIII.

Gulf Strike is not needed to play Aegean Strike, however, a link-up scenario is included.